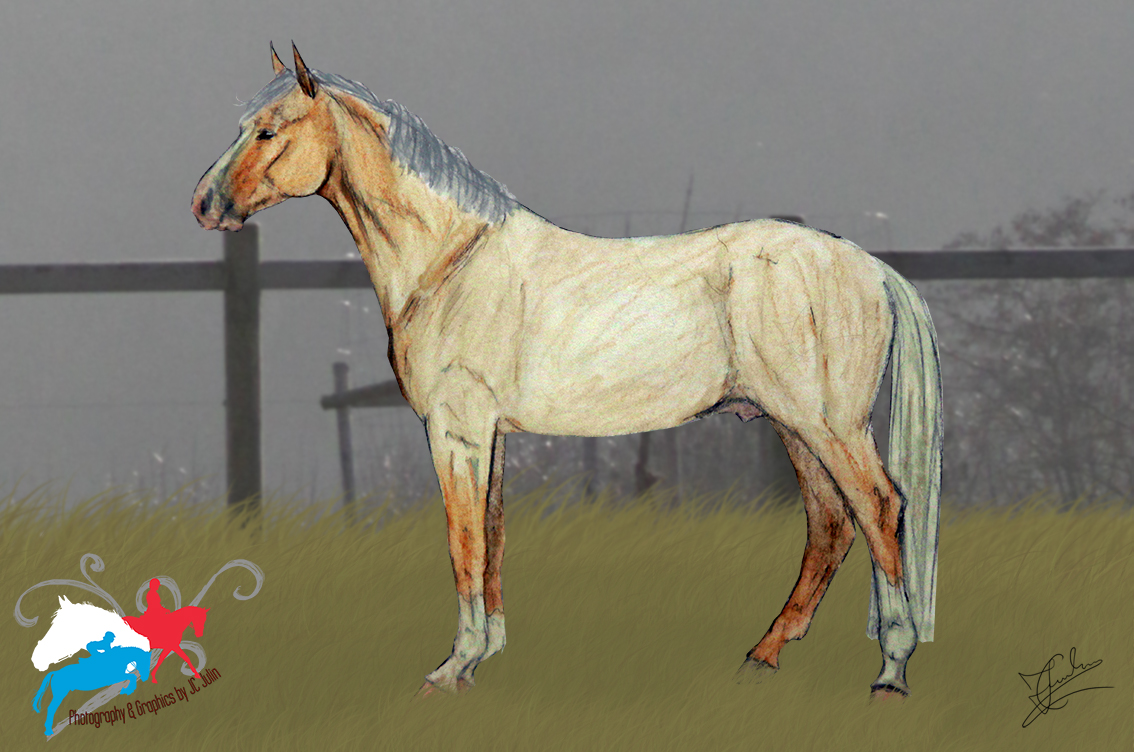 Ren is a friendly little man, complete with a massive heart. He loves attention and human contact almost as much as running wildly on a field with his fellow colts.

When being groomed, one would imagine Ren standing still, enjoying the attention. He does, but with a little twist - he is quite curious about what is inside the brush bucket. He enjoys rearranging the brush bucket - and he usually comes up with some very ... artistic ideas.
The first check by the vet went like in the text book. Ren stood still, and let the old man do his job without a hitch. The farrier on the other hand had a few well chosen words to describe Ren with - mostly due to the fact, that the little stallion decided to pick up some of his tools and throw them around. Some of it might have landed on the farriers toes, leaving nasty bruises.

The training Ren is currently going through consists only of ground work and some light work on the lunge line. Most of his time he spends with his friends on the field for now.