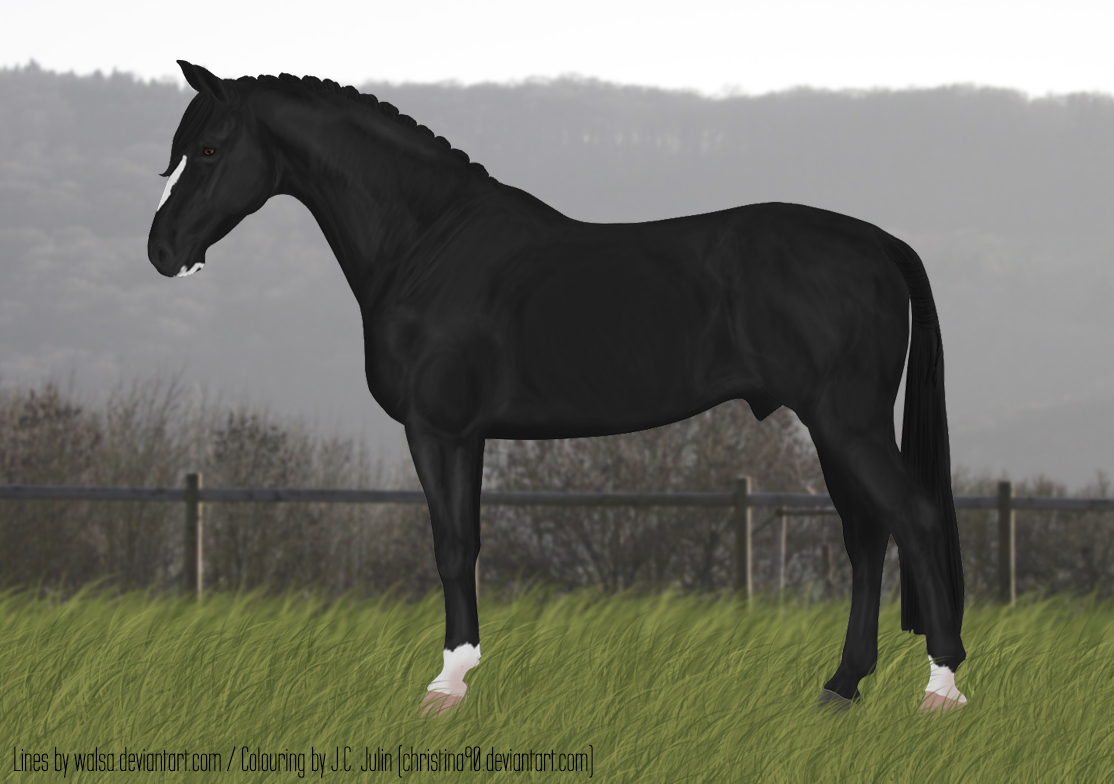 Lava is a young, fiery foal. If his excellent gaits are anything to go by, he is obviously going to walk the same path as his parents. He is a very kind colt, being thoughtful of people. He sometimes goes a bit too far in his play fights with his friends though.
When groomed, Lava stays still and enjoys the moment. He has got a few spots here and there where he still is a little bit wary, but other than that he is uncomplicated. Picking up his hooves works out fine, but going through his tail is a great "nope" for now.

Lava met the farrier briefly on the day he arrived, and he was behaving perfectly fine. He didn't particularly like the thorough vet check he got later on during the day, but he still remained friendly with the old man.

Currently we are going through some groundwork with Lava. Most of his time is spent on a paddock, where he can run and play around as much as he wants.